How to Avoid Tourist Scams in Shanghai 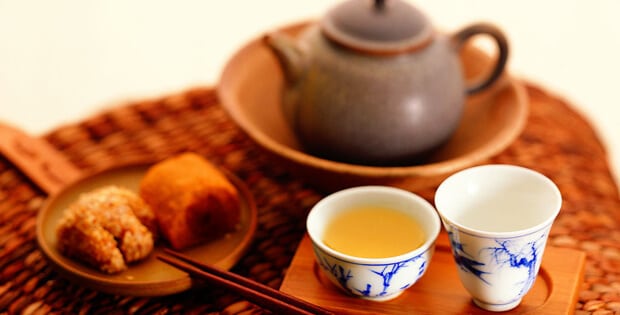 Shanghai is one of the safest cities in the world for visiting foreigners as there is little violent crime and just the occasional petty theft. In recent years, police have cracked down on con artists trying to swindle foreigners out of their holiday budget, but tourists should still be on the lookout for the occasional scam. Here’s some handy tips on how to spot and avoid the three major scams: the Tea Scam, Art Scam, and Bar Scam.

Location– typically on the Bund, Yu Garden or in other large tourist areas

The Approach– a young Chinese female or kind looking couple will ask you to take a photo of them (or offer to take a photo of you), then strike up a casual conversation on the street and invite you to join them for a traditional tea ceremony.

The Scam Itself– These teahouses are typically illegal and low quality. At the teahouse you will be served several cups of tea and might even see an “ancient” tea ceremony. After the ceremony you will be left with a bill that is sometimes north of RMB 1000.

To Avoid- Just say no to any invitations for tea. However, if you find yourself in a tea house, ask to see prices on the menu immediately. If they will not provide the prices, leave. If you have already received the sky-high bill, feign that you are awestruck by the building and workers of the teahouse and take photos of everything around you. With these photos you can use them to build evidence for the police about the fraud that is taking place. Say that you will not pay the bill because it costs too much. They will tell you that you have to pay it. Then do so, but use your credit card if at all possible because you can sign your bill “Under Duress” instead of with your name. (Then you can call your credit card company immediately and explain the situation with your police report.) Speaking of the police, find the nearest one when you get out of the teahouse and explain that you need an English-speaking policeman to help go back with you to the place. Here’s a great story of what happens when an angry customer returned to the teahouse the following day with the police and busted the scammers.

Location- also often occurs in tourist hotspots like the Bund and Yu Garden, but is much more common in Beijing’s 798 District, Forbidden City and Tiananmen

The Approach- often times struggling, “artists” will ask you to come see their art exhibition. They will approach you with flattery similar to the Tea scam situation.

The Scam Itself– At the art exhibition, these scammers will coerce you into buy their grossly-overpriced, prints of someone else’s work.

To Avoid- When you realize you are being scammed, make sure to take photos of the pieces of work as evidence and try to tell them that you have changed your mind and no longer want any art. Follow up this encounter by reporting to the authorities with these photos. If you are forced into buying any art, then follow the same steps above as the tea scam.

The “Talking Girl in the Bar” Scam:

Location- Bars in areas off of Nanjing road or other locations typically over crowded with Westerners and hotels.

The Approach- Western men beware. Whether it is one stranger or six of them that approach you, be cautious. The women approaching will strike up conversation and attempt to persuade you into drinking more and buying them all drinks as well.

The Scam Itself- When everyone has a drink in their hand is when the trouble begins. The con women will often drink watered down beverages to stay alert while the Westerners get plastered. While the man is drunk, the women have been known to falsely charge his credit card. Additionally bartenders often will grossly overcharge for everyone’s drinks and you can be charged a “talking fee” for the pleasure of just conversing with the women. It can be very dangerous if at the end of the night the Westerner refuses to pay. Bouncers have been known to threaten and rough people up if the bar doesn’t receive payment.

To Avoid- Ideally, avoid bars that are empty except for scantily-clad Chinese women and try to stay only a sheet or two to the wind when you’re out on your own. Pay for your drink each time you order a new one rather than opening a tab, but hold on tightly to your credit card to make sure it is not being swiped unjustly. If you are being forced to pay by a thug at the end of the night then one should sign the bill, “Under Duress” rather than your name. After you leave the bar you must then contact your credit card company immediately and take care of the false bill. The credit card companies require a police report, so make sure to contact the authorities. Again, pictures of the con artists and a memory of the bar’s location are very helpful in these situations.