In Defense of Shanghainese Cuisine 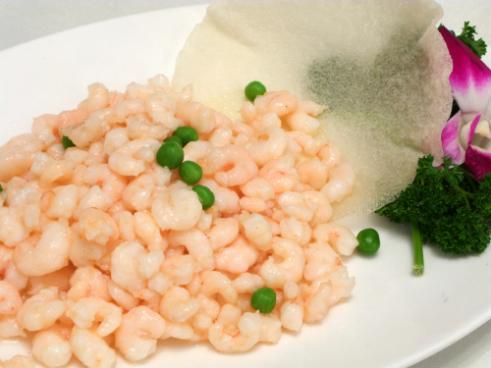 Shanghainese food is the ugly red-headed stepchild of Chinese food. Declared too sweet by residents of Dongbei and too oily by our Canton neighbours to the South, most Shanghainese specialties aren’t exported heavily, and they’re invariably poorly executed when they do make it out of the Middle Kingdom. Heck, some people even claim that Din Tai Fung – a Taiwanese restaurant, of all things! – makes the best xiaolongbao, a local specialty. After Shanghainese cuisine was entirely omitted from The Miele Guide’s list of the city’s best restaurants, we decided it was time to take up our arms and defend our city’s cuisine – or at least give naysayers a guide to the city’s best Shanghainese dishes.

Like so many aspects of Shanghai’s culture, the city’s cuisine has been heavily influenced by the waves of emigrants from across China. Drawn to Shanghai’s port by the promise of riches, these migrant workers have brought their styles of cooking from the kitchens of their childhood and shaped the very foundations of Shanghainese food, which were originally ensconced in the culinary traditions of Huaiyang cuisine.

Huaiyang cuisine can trace its roots back almost 2,000 years to the Pre-Qin dynasty. The cooking style originated in the area between the lower reaches of the Huai and Yangtze Rivers, amalgamating the cuisines of Anhui, Jiangsu and Zhejiang, and is considered one of China’s Four Great Traditions, a reputable list that notes the most delicious flavours from the all four directional points. Representing the best of the country’s eastern food, Huaiyang cuisine is characterised by its sweet flavours, impressive knife work and use of Zhenjiang vinegar.

Anthony Zhao, a Shanghainese chef well-versed in the culinary traditions of his hometown, explains that while Huaiyang is at the foundation of all Shanghainese cooking, the locals have put their own spin on the cuisine. “Lion’s head meatballs were originally from Huaiyang, but in Shanghai we braise them in soy sauce instead of boiling them in water,” Zhao says. “Shanghainese food comes from a lot of places. It’s always changing, always improving – just like the city. Huaiyang food is very traditional and doesn’t change.”

Zhao eats “everything” and refuses to limit his palette by calling Shanghainese cuisine his favourite, but he readily admits to having eaten hong shao rou (red-braised pork) six out of the past seven days, only skipping out on the dish of his childhood for one evening to sample tapas at a new restaurant. His eyes glaze over when he talks about the recenthong shao rou dish he had at Shanghai Chic as he tries to pinpoint the ingredient that elevated the dish above the other clay pots of red-braised fatty pork.

“My secret ingredient when I cook hong shao rou is fu ru [fermented tofu]. It is a square bean paste that tastes like miso but has been moulded into shape,” he says. “Soy sauce flavours the hong shao rou, but the taste of beans in the soy sauce can get lost. The fu ruadds to the richness of the soy sauce.” He reckons Shanghai Chic uses the same secret, and from the looks of it, he can’t wait to go back for another round.

Fu 1088, and its sister restaurant Fu 1039, are two of Dianping’s highest-ranked Shanghainese restaurants when it comes to taste, and Zhao advocates for their traditional dishes, but the avant-garde Shanghainese menu doesn’t merit the same praise. “Sometimes they get too creative with the ingredients,” he says. “Like when they use foie gras – I don’t like that.”

When it comes right down to it, Zhao explains that Shanghainese food is comfort food in a bowl. It’s sweet, it’s salty, it’s hearty and, most importantly, it’s delicious – if you’re ordering the right food at the right place. To ensure your next Shanghainese meal is one to write home about, sample one of our menus at any of the restaurants listed below. All recommendations from Zhao, he explains, “If you hear all Shanghainese when you walk into a restaurant, you know it’s a good thing.” And always order a bowl of rice to sop up the characteristic Shanghainese sauciness.

This article was originally written by Jamie for the January 2011 edition of Shanghai TALK. If you’re interested in learning more about regional Chinese cuisine, join UnTour for our special Flavors of China culinary tour or learn how to make your own Shanghainese food with our special Chinese Cooking Class. You’ll learn the ins and outs of Shanghai’s traditional cuisine and leave with unbeatable recipes and unforgettable memories.