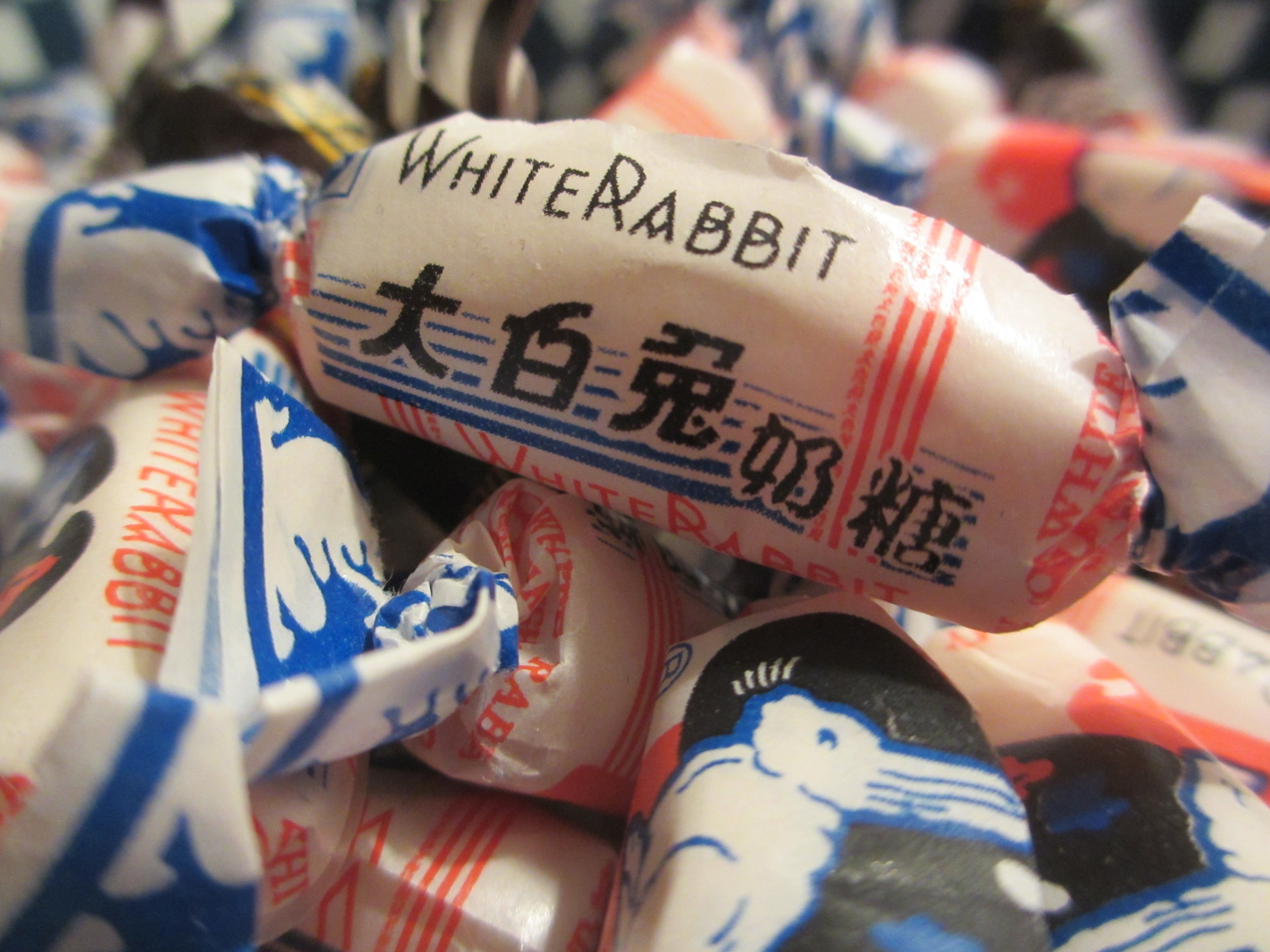 Looking for a local Halloween candy for your trick-or-treat?

Ask any Shanghainese about their favorite childhood sweet, and the answer will inevitably be White Rabbit (大白兔, dà báitù). Sometimes compared to Chinese tootsie roll, White Rabbits are white and “milk”-flavored as opposed to the brown chocolate chew, but the textural comparison is spot-on.

For best results, warm one up in tightly clenched fist before you bite into it – or even better set it out on a radiator for a few minutes. Once you unwrap the blue and red rabbit-emblazoned paper, you’ll find a piece of transparent paper stuck to the candy. This is rice paper (intended to be edible!), so don’t waste any time trying to pry it off the sticky candy and just pop it directly into your mouth. The rice paper disintegrates like a snowflake on your tongue. 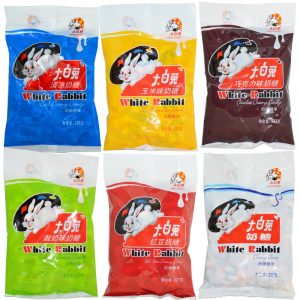 The history of these candies is older than the People’s Republic of China. Originally created in Shanghai in 1943 by a Chinese merchant who had tried similar candies on trips to Europe, the original featured a cartoon Mickey Mouse. The candy factory was quickly nationalized after 1949, and the Disney image went out with the private ownership. The logo became a chubby-cheeked bunny, and white rabbits as we know them today were born.

The advertisements used to say “Six white rabbit candies equal one glass of milk”, but in reality they’re more likely to give you cavities than calcium. The ingredient list is mostly of cornstarch, cane sugar, butter and milk.

The sweets played a major part in many of China’s recent historic moments. In 1959, the candies were handed out as gifts for the 10th National Day of the People’s Republic. In 1972, Premier Zhou Enlai gave them to President Nixon during their pivotal meeting. Today, White Rabbits are a constant presence at all holidays, and given out by teachers to reward striving students.

Where to Find White Rabbit

You can find commemorative tins in most convenience or grocery stores, or on Taobao. In 2016, French designer brand Agnis B. created a collection of commemorative gift boxes for the candies. And the brand has delved into new flavors like corn, chocolate and red bean. So if you’re looking for a local option to give your trick-or-treaters this year, try White Rabbits!

For more history and information about local Chinese dishes, check out our authentic food tours in Shanghai and Beijing.