Does Your Local Jianbing Vendor Earn More Than You? 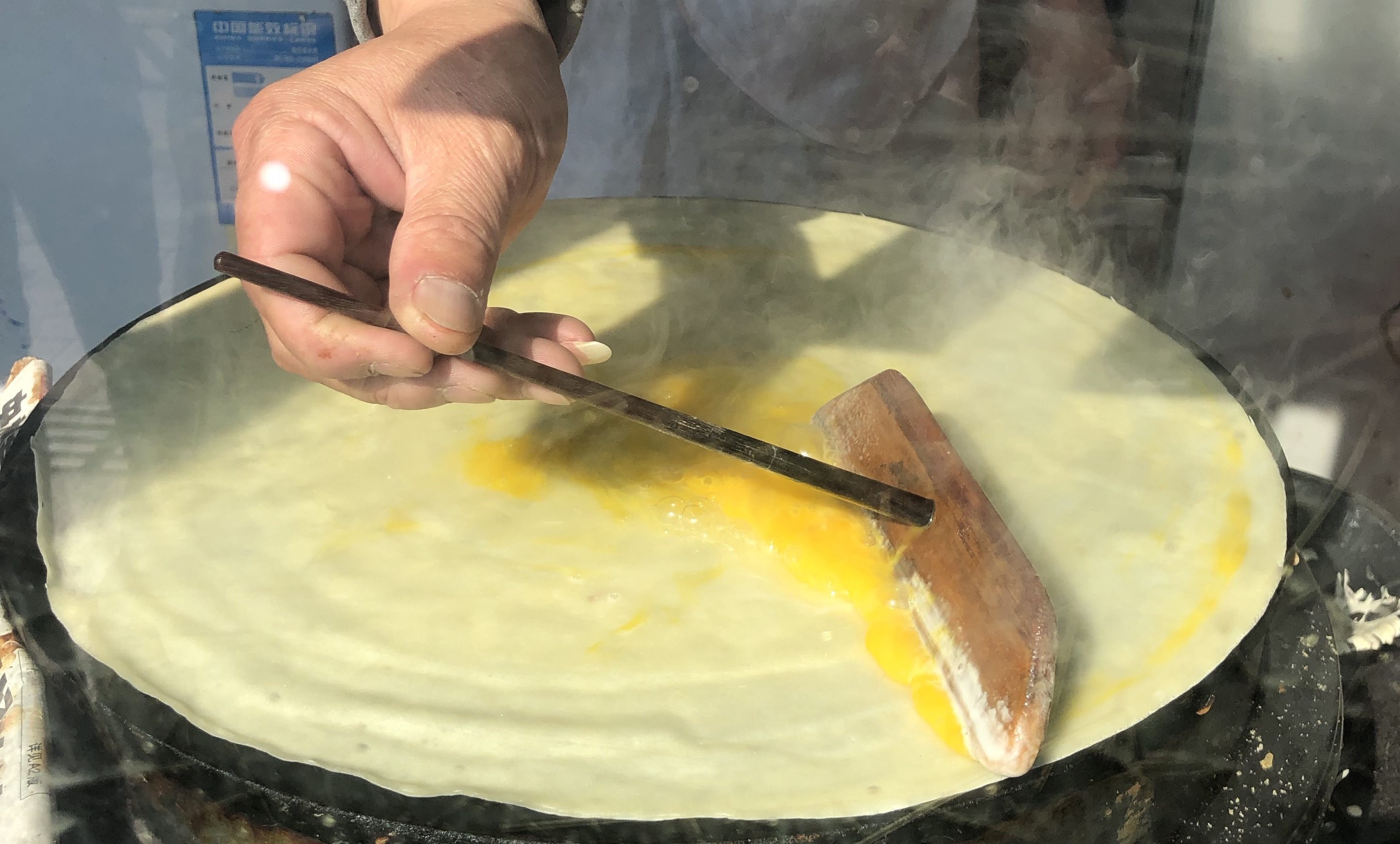 Rumors have been swirling around the Chinese internet about jianbing makers wildly out-earning the entry-level, college-graduating youth of today. But how much of that is actually true? Netizens have been sharing stories about a Jianbing chef making 30,000 RMB a month ($US 4,476), and commenting things like, “you graduated from an elite university and how much do you make!?”

With the average monthly pay of 2018 college graduates in China currently standing at 5,429 RMB ($US 810), the question above has been tossed around in a teasing, perhaps mocking tone. So, are those jianbing business success stories actually true and easily achievable or just another fairy tale?

As a small-scale shop in food and beverage retail, the jianbing vendors are business enterprises, but also operate in a fully closed ecosystem, making them easier to analyze through empirical research.

The effective business hours are short, the production is not standardized, and the product’s price is low but also highly elastic. However, according to the evidence gathered by the researches, it appears that it is not as easy to make money by operating as a small jianbing stall as people are claiming. 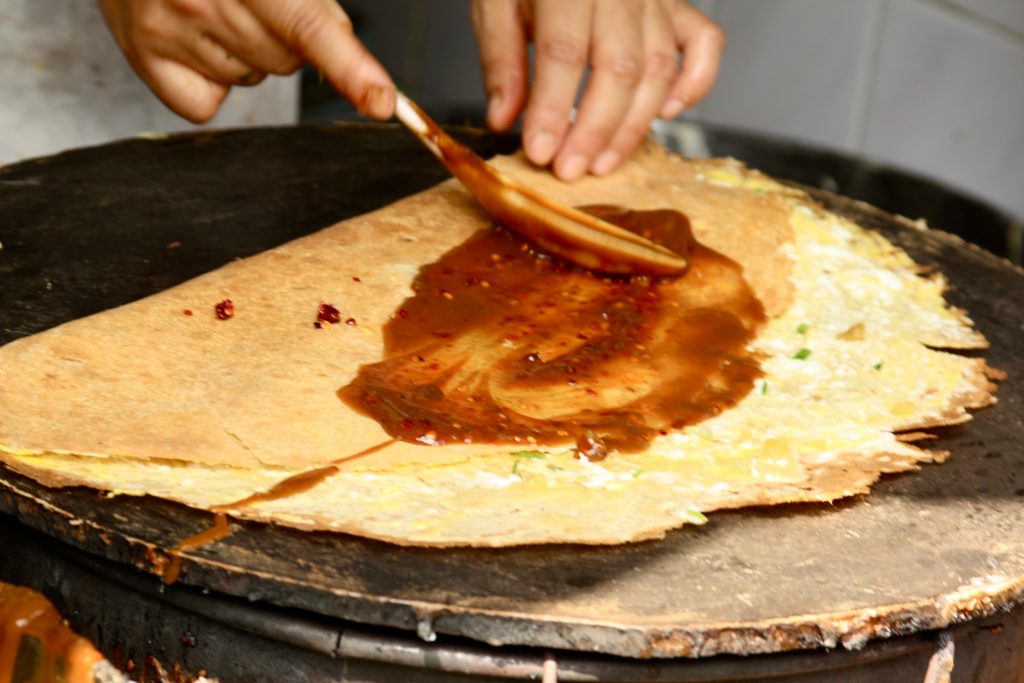 And if you add “store rental and renovation costs” and “labor costs,” then the entire financial model cannot support chain expansion, so it is quite difficult to create a brand with multiple locations.

Add to that the constant fear of getting shut down by city officials to the list of threats that can also affect a vendor’s bottom line and long-term stability. Many people mistakenly believe that jianbing stalls have no fixed costs with a high-profit margin – but lets take a look at the facts.

Show me the Money!

Liu, one of the Jianbing vendors interviewed, has been operating a jianbing stall for the past 14 years in Lujiazui, Shanghai’s “Wall Street”. He is from Linyi, a small city (population: 11 million) in Shandong province where the jianbing’s origins lie.

While the average Jianbing production time is two minutes, Liu can do it in 40 seconds. Despite this, his revenue is constant around 15,000 RMB. He said:” I never ever dreamed about earning 30,000 RMB. One jianbing costs 5 or 6 Yuan, so even making 100 a day, even counting the weekends, I’m making less than 20,000 RMB/month.” His wife started another Jianbing vendor 50 meters apart from Liu and is using the same ingredients, dough, and sauce, which Liu prepares daily. However, he claims that every day she makes only about half as many sales, and therefore can just break even. 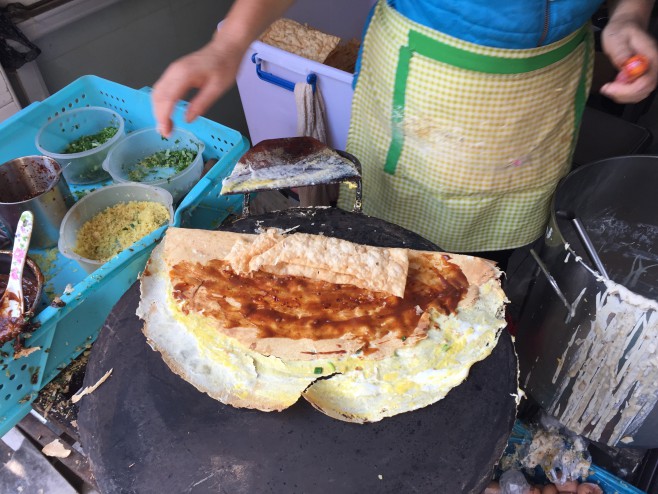 Taking the stats up a notch, the authors of the study introduce the key retail formula: Net sales = Customer base * Conversion Rate * Sales price.

In conclusion, jianbing stalls making 30,000 RMB per month is a wonderful fairy tale that we would all like to be true. We really do wish our vendors the best, they do work hard and wake up SUPER early to prepare the ingredients. But again, it appears that this really is one internet rumor that has little bearing on reality.

How about we get creative with some new jianbing ventures? We’re thinking espresso/jianbing pop ups, @flybyjing chili sauces to pump up the volume and depth of umami flavors, and late-night jianbing windows at our favorite bars. At the very least, you can sample jianbing on our Beijing Hutong Breakfast or Shanghai Street Eats Breakfast tours!

In the meantime, better not quit your day job to open a jianbing stall just yet…

This article is adapted and translated from this original post:
https://mp.weixin.qq.com/s/ebgEy7-SmYw35dgYG5nKIg (Chinese)