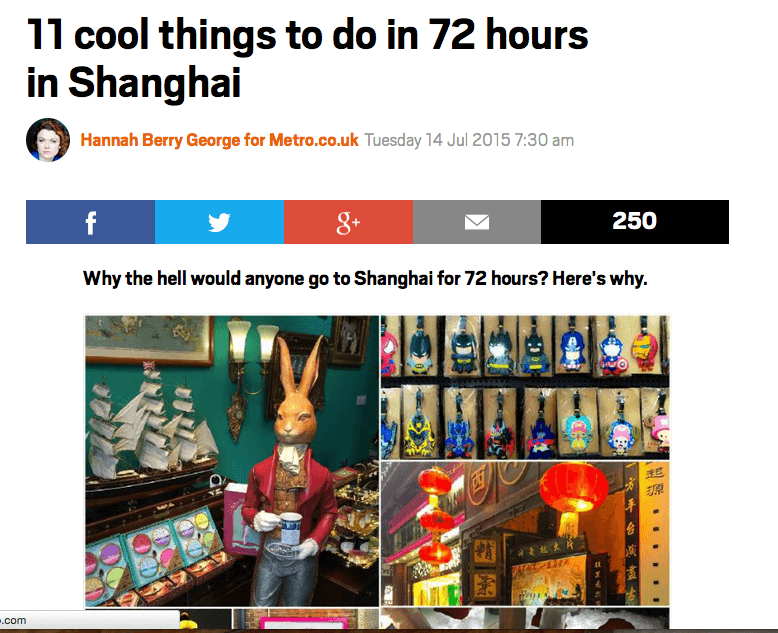 When Hannah Berry George of Metro UK came to Shanghai for just 72 hours, she declared 11 Cool Things to See & Do in the City. The list ticked off some of our favorite spots in the city – Tianzifang, M50 and a massage to beat the jet lag – but ranked third was UnTour Shanghai’s Hands-On Dumpling Delights Tour.

If there’s one thing you do, make sure you eat the 芝麻汤圆 Zhima tangyuan – a black sesame paste glutinous rice ball that looks like a lychee and tastes like a sugar puff – at Qibao Laojie Tangyuan.

Available every Tuesday & Saturday at 10am for RMB 550 per person, including a hands-on cooking class where we make Shanghai’s classic shengjianbao, click here to book your dumpling tour now!